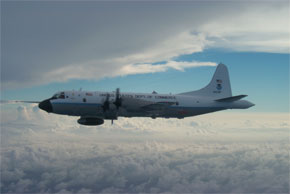 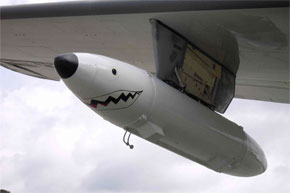 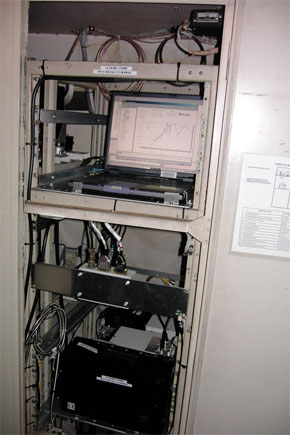 As everyone knows, air pollution is a common problem in many urban areas. To better understand the chemistry behind the causes of air pollution, a large government research lab borrows a P3-Orion hurricane hunter during its off time to take measurements of the various pollutants and precursors in the air. Every year or so, the scientists outfit the plane with a suite of instruments to measure everything from carbon dioxide to ozone to particulates (aerosols), and even how bright the sun is. The airplane is filled with instruments and scientists who fly around urban areas, power plants, and other pollution sources to determine how pollutants released into the air gets transported and react to form other polluted air.

A majority of the instruments onboard the P3 have been using DAQFactory for several years to perform data acquisition, automate instrumentation, and share data with other scientists, both on the plane and on the ground. Different scientists take advantage of different features of DAQFactory depending on their instruments, but they all appreciate DAQFactory's reliability and precise timing, as well as its flexibility to configure without having to be a programmer.

Because of the expense of each flight, data loss is to be avoided. Scientists look to DAQFactory's Acquire mode to get an extra degree of reliability on their systems without having to deal with the complexity of real time, dedicated systems. On several occasions, they have had hardware failures that did not affect DAQFactory. For example, during one flight, faulty network cabling caused Windows to hang at random times while the plane was flying; the vibrations of the plane were causing a short in the network cabling. During these 20- to 30-second Windows hangs, the system was completely unresponsive, but after landing and examining the data, it was found that DAQFactory continued to run, acquiring data and running sequences even when Windows appeared hung.

With a plane moving at 200 knots, recording the precise time of each measurement is important. Without precise timing, noise is introduced in the time domain of the measurements, overriding the effort spent reducing instrumentation noise. DAQFactory's timing in Acquire mode is unaffected by moving the mouse, switching screens, or just about anything else that they may do in Windows. The scientists utilize DAQFactory's precise timing of the measurements, lock stepped at the interval they specify, and recorded to microsecond precision.

Before DAQFactory, the scientists on the P3 used a combination of data acquisition software created in-house and LabView applications. In both cases, a programmer was required to make any changes, even simple screen changes. With DAQFactory, the scientists no longer have to rely on someone else, but are able to develop the data acquisition and display and control algorithms themselves with ease. They can even make changes mid-flight without shutting down their application and restarting.

To save weight and allow for more instrumentation, many of the measurements are taken by completely automated instruments. These instruments use DAQFactory's sequences to monitor for take off and landing and to run preset routines to operate the instruments, such as warm up, calibration loops, system monitoring, and shut down. Even the scientists that fly with their instruments utilize sequences for these tasks. Once again, the ease of sequence development eliminates the need for the scientists to rely on other programmers to create their system.

Looking at a single trace gas in the atmosphere is much more interesting if you can compare it to other trace gases. The scientists on the P3 utilize DAQFactory's networking features to share their data in real time. Each scientist is connected to other scientists' instruments running DAQFactory and receives those measurements along with his/her own. They all can then take the measurements and add them to their screens, which helps them see the bigger picture of what their measurements mean. The same measurements also are sent up to the flight scientist, who sits in the cockpit with another copy of DAQFactory. The flight scientist can see all the data from the instruments running DAQFactory and direct the plane where to fly. This is especially important when you consider that most of the pollutants they are looking for are invisible in the concentrations they are looking at. More recently, with the installation of a satellite phone, they have been able to send their data down to scientists on the ground for immediate evaluation.

The scientists on the P3 rely on these and many other features of DAQFactory and continue to trust it with their important data.